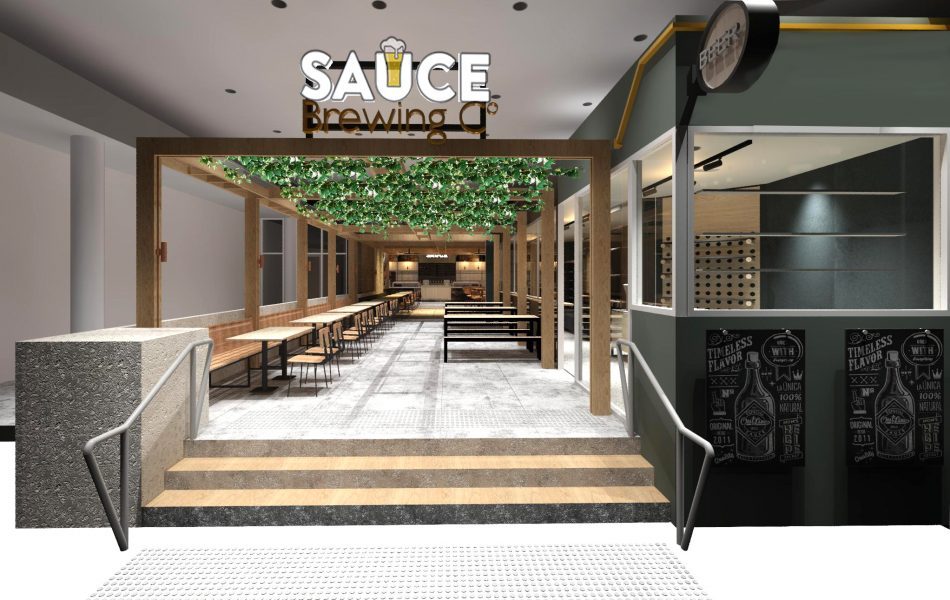 Marrickville in Sydney’s inner west is to craft beer what the Hunter Valley is to wine. With the most microbreweries per capita of anywhere in the country, it truly is the heart of the Australian craft beer scene.

And that’s exactly where Mike Clarke, founder of Sauce Brewing Co, cut his teeth in the brewing game.

In 2016, having spent two decades working in IT and telecommunications, Mike decided it was time to start his new brewing career.

He had the idea, the experience and had developed the business plan. Next, he needed the name.

“I was searching for a name one night while sampling a few beers. I started searching synonyms for ‘booze’. I found ‘Sauce’, and it seemed like a good idea. “So I registered the business name, and claimed the domain name at about 2 am.”

“When I woke up the next day, it still seemed like a good idea, so I went with it.

“It also represents our core values. We’re a little bit cheeky, a little bit experimental, but mostly we’re about producing beers that will suit almost any taste and are brewed well.

“In late 2016, we started making our beer at another brewery, and at the same time we were building our venue in Marrickville,” Mike explains.

Starting a commercial brewery without actually having a brewery may be daunting to some. Not Mike.

He knew he needed to get Sauce into the marketplace, so he began gypsy brewing, which is the process of making beer using another brewer’s equipment.

“I had a long term vision, and knew this was a means to an end.” 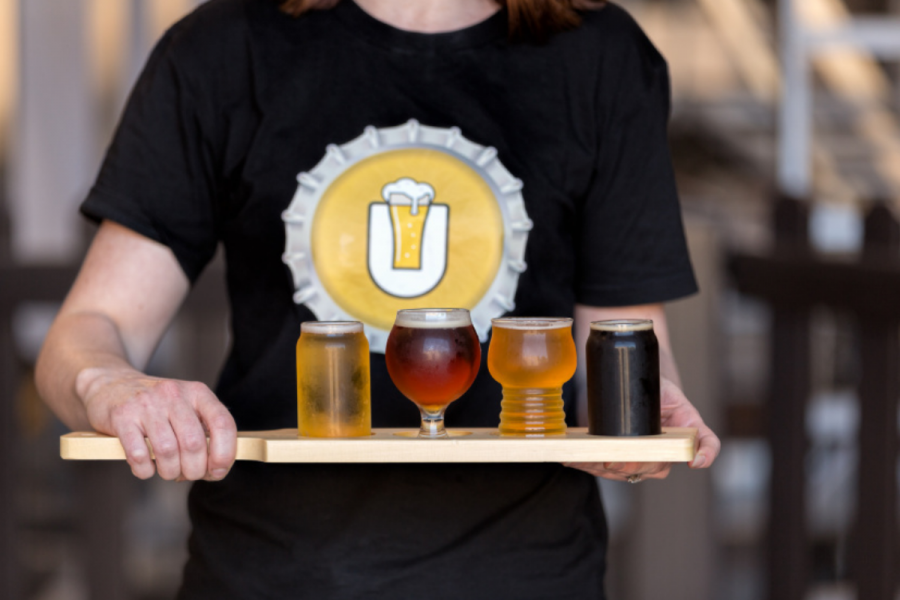 The process of converting a large warehouse site into a venue capable of housing a full production brewery took the best part of a year, but in October 2017 the Marrickville brewery opened to the public for the first time.

With the success of the Sydney venue, Mike started thinking about expansion.

“I’d had the idea of expanding Sauce to regional venues on my radar for a while, knowing an additional taproom was an ideal way of building the brand presence beyond Marrickville,” he said.

“I started searching for the perfect location. The ideal location needed to be a place that wasn’t overcrowded with other breweries. And the population was receptive to new things, and enough people to actually support it.

“I was in Cairns for a holiday last year and took some time to look at commercial properties. As luck would have it, this space was available. It ticked all the boxes.

“We started work on the refurbishment in February this year … and then we stopped, as did the whole world,” Mike jokes.

“Our development application initially projected for a May finishing date, however that was pushed back due to the pandemic. By June we had re-started the refurbishment, with the aim of opening to the public in September.” 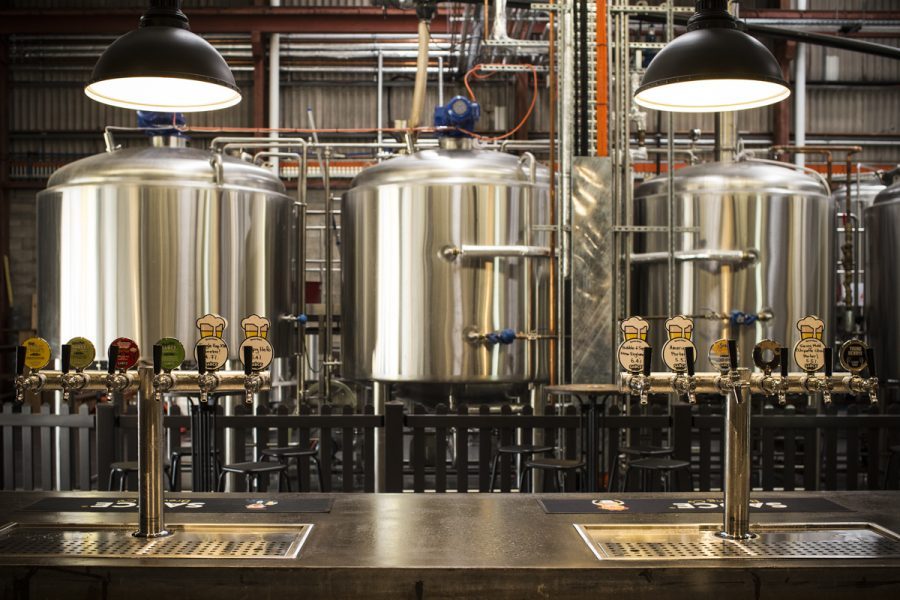 Located directly beside Coral Sea Brewing and just down the road from Hemingways, Mike is excited about the trilogy of Brewhouses in the Cairns CBD craft beer trail in the city centre. The finished version of the pub would be a slice of the inner-west of Sydney in the north.

“We’re excited about opening in Cairns. The venue is very tropical, and climate-appropriate and we’re looking forward to bringing some of the diversity and creativity that Sauce is well known for on the beer side, and then adding a little bit of a tropical Far North theme to it.

“There’s a decent-sized population in Cairns, so while it’s a great holiday destination, we’re focussing very much on creating a venue that will appeal to the locals, just as much as the tourists.”

“This is all about the experience. We’ll be doing stuff you can only get in Cairns. We’ll also have a few guest taps from some of our favourite independent breweries.

“Our Marrickville venue is a big room with a small bar. But here in Cairns, we’ve done it differently. Up here, it’s all about the venue. It’s a big space, so it’s very open, lots of greenery and timber and a big fan to help with the heat. At full operating capacity, we’ll house a 1000L brewery and cater for up to 400 guests.

Mike is quick to add that there’s a strong culinary focus with Sauce.

“Our kitchen space in this venue is one of the biggest and best I’ve seen. The chefs certainly won’t be falling over themselves.

“And we won’t be serving up the same old, same old pub fare. We’ve got a keen head chef on board who is brimming with great ideas. He’s put some fresh and exciting choices on the menu.”

“We’re all about big bold flavours. And variety.

“I know, personally, I never want to go to a bar and have the same beer six times. I want to taste six different beers. So all of our beer styles are more exciting, bolder versions of the regular styles.

“We’re excited to have on offer a variety of tastes that are easy to drink. These are not your standard pub beers. We’re always trying all the new things with our mixing. 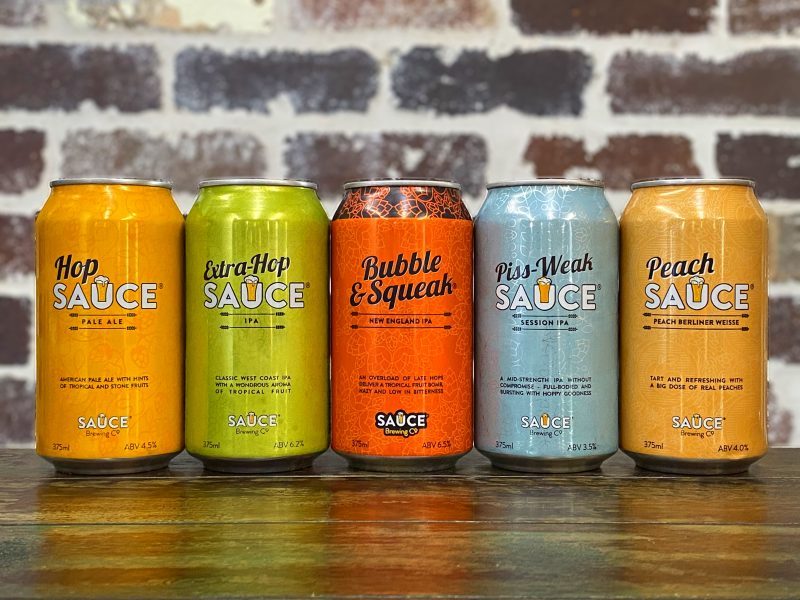 The brand’s easy drinking pale, ‘Hop Sauce’, has a taste that suits the palate of just about everyone, while beer aficionados widely recognise ‘Bubble and Squeak’ as one of our country’s best juicy New England India Pale Ales category.

“There will be 18 different beers on tap at any one time. We’re also offering tasting paddles as well, so you can get a sampler of four of the more diverse and interesting ones. If you’re unsure if you’ll like something, you can just have a little taste tester. 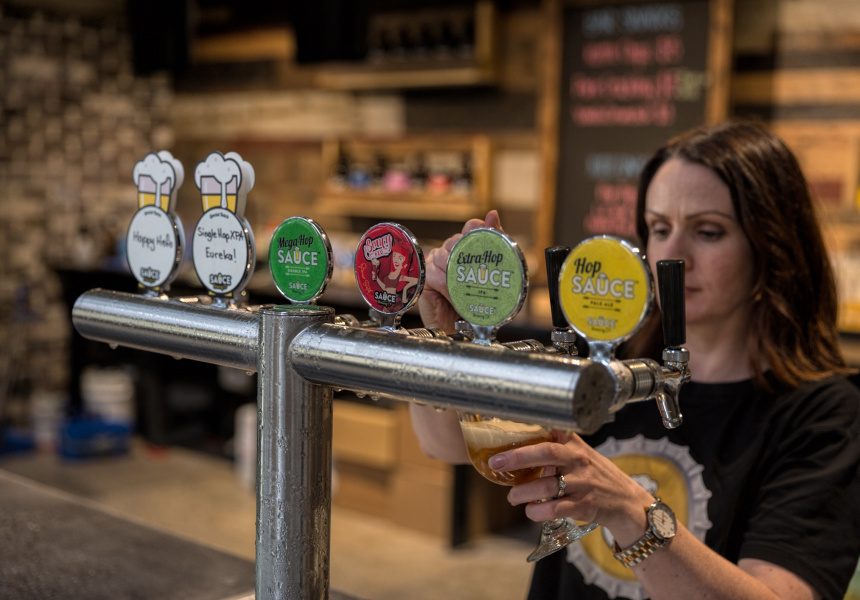 And then there’s OUTSAUCE. The attached bottle shop, with its street access from Lake Street, will pride itself on hunting out the brands that people all over the country are raving about.

“OUTSAUCE is not just about the Sauce brand. It’s about supporting a lot of independent and local producers. We’ll be stocking all the locally brewed beers and spirits, as well as a few of our favourite independent brands from across the rest of the country.

“The idea is that OUTSAUCE will be the place to come to get the exciting new labels that you’re not able to get at the larger supermarket-owned bottleshops.

The packaged beer is available in brightly coloured cans with fun designs, putting to rest the common misconception that cans are inferior to bottles.

Mike explains that cans are actually better storage vessels for beer than bottles are, as they don’t allow light or oxygen to penetrate the brew.

Flavour. Diversity. Creativity. Coupled with an abundance of great food, and a spacious venue destined to attract locals and tourists alike, and there really are no excuses not to be getting on the Sauce.

Back to Top
Close Add post
X
7 OPPORTUNITIES FOR TEENS AND THEIR FUTURE CAREERS…BusinessDON’T LET COVID-19 DESTROY THE TEENAGE DREAM! We think it is fair to say we have all experienced some level of grief during the past couple of month…

GETTING ON THE SAUCE: CAIRNS' BOLD NEW BREWERY

X
HOW RUGBY LEAGUE DEFINES QUEENSLANDERSArts”RUGBY LEAGUE SPEAKS TO QUEENSLANDERS’ SENSE OF BEING THE UNDERDOG AND THE OUTSIDER – A POWERFUL UNDERCURRENT THAT SWEEPS THROUGH POLITICS, BUSI…