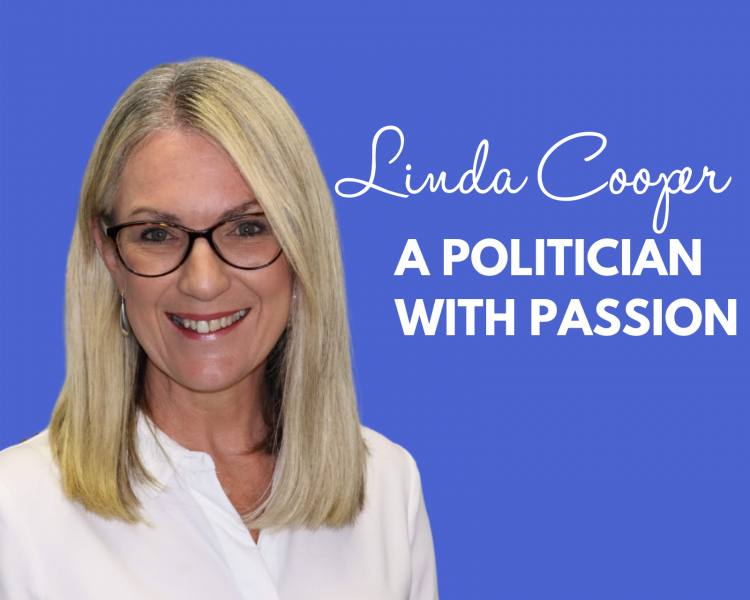 Serving the community is nothing new for Linda Cooper. As a highly regarded divisional councillor for the past 12 years, Linda is well known for working hard to get the best outcomes for her community, a work ethic she is now applying in her newest role as the LNP candidate for Barron River.

Without a doubt, Linda is a politician with passion.

These suburbs, as well as Kuranda, Smithfield and the Beaches, are suburbs which are all included in the State electorate of Barron River. It’s the same area that she has proudly called home for almost three decades.

“My eldest son, Nick, who is now 25 years old, took his first steps in Trinity Beach. At every level, I’m deeply connected to this area.

“Three years ago, when Rick and I were getting married, we chose to get married on Ellis Beach. We wanted our family and friends from all across Australia to see why this place is so special to us.

“This community is my passion, and my ability to support it and to make changes for a better lifestyle for us all is what makes me tick.”

For the 12 years Linda spent on Council, she enjoyed working consultatively with many different groups, all in the name of achieving the best results for her region. 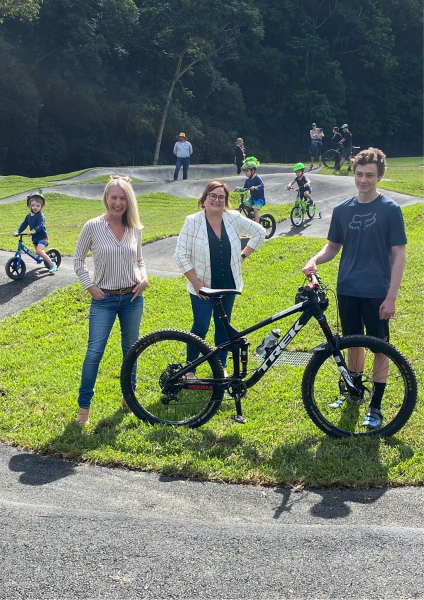 Never one to merely complain about a problem, Linda became known as a worker, a doer, a fixer.

During that time, she was instrumental in achieving some of Cairns’ most successful projects.

Attracting Ironman to Cairns, Council’s acquisition of Mt Whitfield and the development of the Green Arrow walking track are just some of the notches Linda has proudly added to her belt since 2008.

Linda was also the key driver for the shovel-ready expansion of the Redlynch sports grounds, implementing free access to Wi-Fi throughout the CBD, the reinvigoration of Festival Cairns and the multi-million dollar Brinsmead to Redlynch pathway.

“I was immensely proud to be the Chair of the Cultural Services Committee, and in that role, I was determined to shine a spotlight on the local creative industry.

“The arts are so important to the vibrancy of a community, and its been amazing to see the creative industry become one of our biggest growth sectors in the past five years. 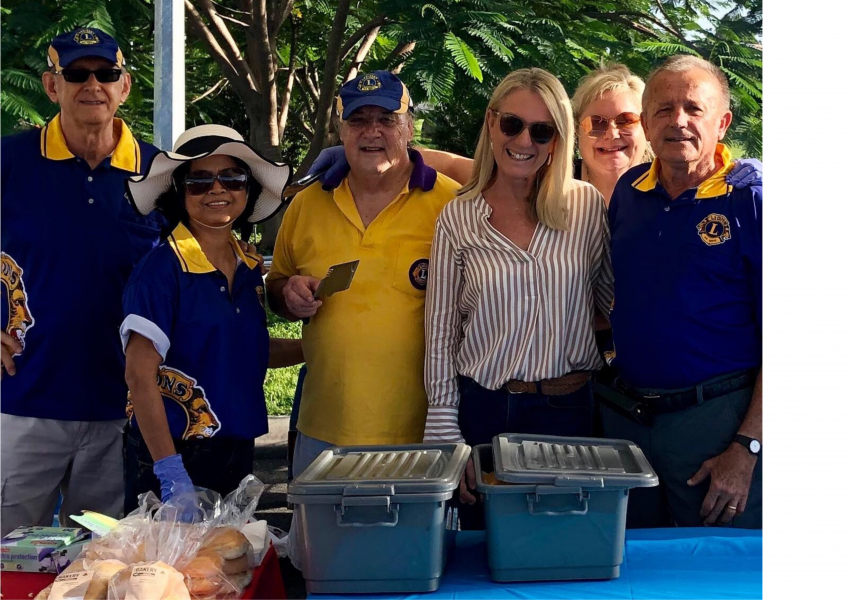 Linda also chaired the Council Finance Committee for seven years, and in that time the Council’s deficit dramatically decreased.

“We achieved that, not by raising rates, which would obviously result in added pressure on residents, but by reducing our expenses, and cutting out wasteful and inefficient spending.”

“The new policy meant that companies who were tendering for Council projects weren’t just considered on pricing, but also on how much they gave back to the local community.

Linda had what is known as a “safe seat” in Division 6, and she declares she loved every minute of her twelve years in the role. So why has she given that up, to contest the State seat of Barron River?

“I had absolutely no intention of leaving Council. My beliefs have always been that you don’t run against good representatives. The reality is if I felt that Barron River was being adequately represented, I would never have considered leaving Council to run for State.

“But I found myself in a situation where, several times a week, I was contacted by residents who needed help with State matters. I helped them as much as I could, but each time that happened, it became more apparent that these people needed better representation. 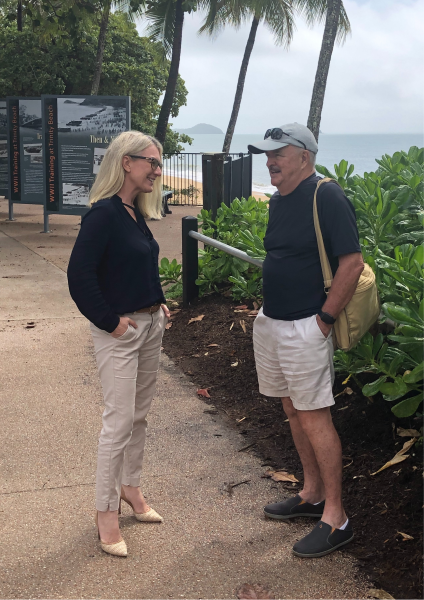 Linda’s impressive track record shows that she rarely shies away from a challenge, a trait that she is renowned for.

“I’m here to fight for the people in this region. My goal is to build strong, consultative communities that work together. It is something that I prided myself doing when I was in Council, and I think the people of Barron River deserve no less.

“COVID-19 has created havoc in this region, and we need to work together as a community and have our voices heard in Brisbane in order to aid recovery.

“The priority is not only strengthening the tourism industry as a whole, but also supporting the ancillary businesses alongside the icons, and in a far more equitable manner.

“We need to entice and encourage the aviation industry to bring major flights paths into Cairns through long-term incentive plans, not just financial sugar-hits for a limited contract.

“One of our other major industries is our health and allied health services. It is one of our biggest workforces, and by supporting it, we can grow that industry and strengthen our local economy.

Linda has also been a major advocate for environmental issues. Not one just to ‘talk the talk’, the acquisition of Mt Whitfield saved the ridgeline of Mt Whitfield from being developed, which was what it was zoned for.

“There was an approval for a housing subdivision along the ridgeline, but after I lobbied for Council to acquire the land, I had the zoning changed to open space and then fought for funding to create the Green Arrow. 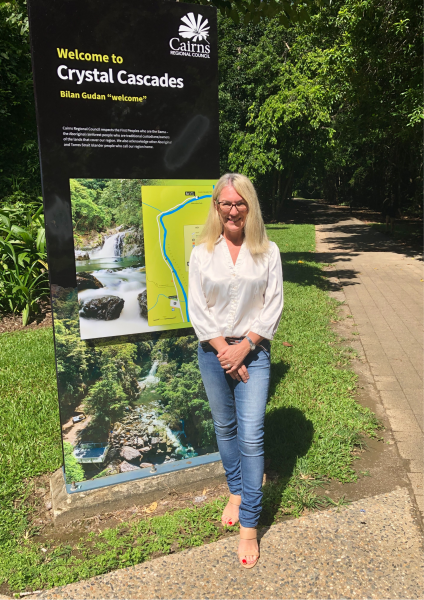 “Protecting the environment is no longer a maybe, it’s a necessity, and Cairns is in a prime position to become a leader in this country for ‘green’ business. Sustainability will drive every business and it is an entire industry that we can and should promote.”

Linda is crystal clear with her ethos.

“Regardless of the fancy titles given to politicians, it is so important to remember that politicians are ultimately elected to provide a customer service to the community, to be their voice and drive the agenda of the community.

“And no one, from the Premier down to local Council representatives, should ever forget that.”

Back to Top
Close Add post
X
WAYS TO BE A PLASTIC FREE WARRIOR IN CAIRNSCommunityWord is rapidly spreading that packaging is everyone’s business, as Cairns food retailers rush to sign up to ditch unnecessary packaging and costs f…

LINDA COOPER - A POLITICIAN WITH PASSION

X
MICHAEL HEALY’S VISION FOR CAIRNSBusiness“I BELIEVE WE WILL BE JUDGED AS A SOCIETY BY THE MANNER IN WHICH WE LOOK AFTER OUR WEAKEST.” That is the mantra by which Michael Healy, the incumb…